Card 13
INTERNATIONAL COOPERATION
№1
1. Do you know what countries have cross-cultural relationship with Belarus?
2. Is it important for Belarus to organise international events?
3. What questions will you ask your American friend who wants to become a diplomat?
4. Give advice to your friend who is hosting a foreign student.
5. You would like to take part in a student exchange programme. Find out which options you would be fit for. In your opinion, in which areas could Belarus cooperate with other countries?
№2
1. Tell me how Belarus develops economic relations with other countries.
2. Do you know any international events that take place in Belarus?
3. You are going to travel to Britain as an exchange student. Ask questions about the exchange programme.
4. What can you advise your British friend who wants to learn the Russian/Belarusian language?
5. Social networking is a convenient way to keep in touch with foreign friends and a good possibility to develop cooperation. What do you think about it?
№3
1. Do you know what twin towns and sister cities in Belarus and England are?
2. Is Belarus a member of some international organisations?
3. What questions will you ask your friend who is interested in a student exchange programme?
4. Your American friend is preparing a lecture on the geographical position of Belarus. Give him/her some advice.
5. The member countries of the Commonwealth of Independent States (CIS) have signed many agreements for economic cooperation and defense cooperation. What do you think about it?
​
​belarusfacts.by/en/belarus/politics/foreign_policy/

1. Tell me how Belarus develops economic relations with other countries.
​2. Do you know any international events that take place in Belarus?
3. You are going to travel to Britain as an exchange student. Ask questions about the exchange programme.
4. Give advice to your friend who is hosting a foreign student.
5. Social networking is a convenient way to keep in touch with foreign friends and a good possibility to develop cooperation. What do you think about it?​ 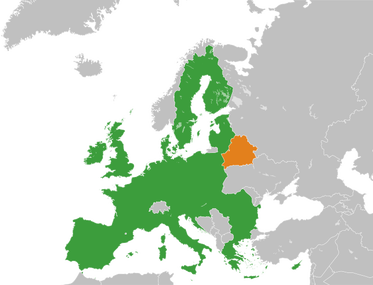 2.1
First of all, I'd like to mention, that it is impossible to build strong economic relations without reliable political ties.
After declaration of its independence in 1991, in the result of the collapse of the USSR, Belarus developed its foreign policy course under difficult conditions. Despite objective difficulties, the independent Republic of Belarus managed to develop its international relations without sacrificing [жертовать] its national interests.
Today Belarus maintains [поддерживать] diplomatic relations with 177 countries of the world and is represented by foreign offices in 58 states.


​
Belarus has trade relations with more than 200 countries around the world. It is developing economic cooperation with neighbouring post-Soviet states and with foreign partners from all over the world .
​
Firstly, Belarus holds an active position in  the Commonwealth of Independent States (CIS), the Eurasian Economic Union (EAEU) and the Collective Security Treaty Organization (CSTO).
​Russia is Belarus’ major partner on financial, energy and security matters. Belarus is reliant [зависеть от ] on Russia to meet its energy needs and remains an important part of Russia’s gas corridor to Western Europe.
Together with Russia and Kazakhstan Belarus signed the Eurasian Economic Union (EEU) treaty. The focus of the EEU is on creating a common market for goods, services, capital and labour.

Secondly, an important trade partner and a source of investments for Belarus is the European Union. Unfortunately, the relations between the EU and Belarus are rather tense. Belarus is not going to join the EU anytime soon because of Russian dependence on its economy and for its national safety.
​
Thirdly, Belarus cooperates with such countries as Germany, Denmark, France, Canada, Italy, Netherlands, Sweden, Great Britain, and many others. А new level of cooperation has been achieved with the countries of the so called “far arc”: Asia, Africa and Latin America. Belarus also develops economic relations with China.

​2.2  In 2010 Minsk hosted Junior Eurovision Song Contest which took place in Minsk-Arena. And in 2014 our capital drew crowds due to the the World Ice Hockey Championship. The main venues were Minsk-Arena and Chizhovka-Arena. Belarus Fashion Week is held in Minsk every year since 2010. I can't but mention the International Festival of Arts “Slavyansky Bazaar in Vitebsk”,  an open mass event, which helps to revive and promote culture and arts.

2.3
How long does the program take? What are the costs?
Do I have to speak a second language to study abroad?
Where will I live during my exchange programme?

2.5 The use of Social Networking Services (SNS) – such as Facebook.com and Twitter.com – has become a popular and integral part of everyday communication. Almost all young people are online using the Internet daily. People use social networking to keep in touch with their friends from all over the world. But social networking is also very useful for companies to keep in touch with their customers and get some important information about them.
From: Your English Exam Support, pp.65-66 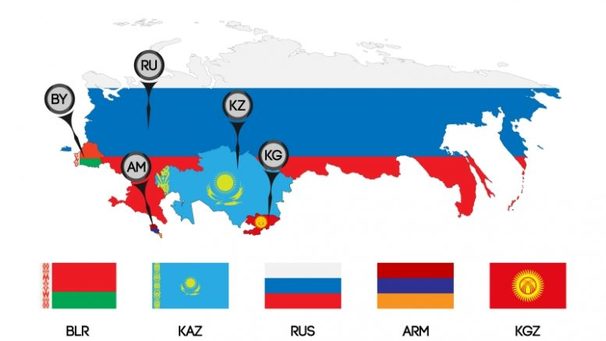 There are 5 states in the EEU now. ​
Credits: Belarus and the EU
Picture by S. Solberg J. - Own work This vector image was created with Inkscape., Public Domain, https://commons.wikimedia.org/w/index.php?curid=4061418